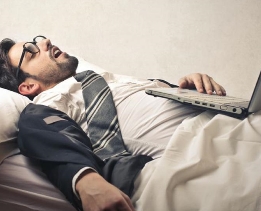 State Duma’s Committee on Labor, Social Policy and Veterans’ Affairs, developing the arguments of the Government of the Russian Federation, referring to Provisions 22 and 212 of the Labor Code of the Russian Federation, and Articles 25 and 32 of the Federal Law No. 52-FZ «On Sanitary and Epidemiological Welfare of the Population”, also concluded that the employer already has to maintain such working conditions, which correspond to the sanitary norms and rules, which do not allow employees to «overwork» during the heat, as well as to monitor compliance with the above-mentioned rules.

Hammering the last nail in the Bill, relevant Committee pointed out, that the term «summer time» is not used in the Labor Code of the Russian Federation, and, given the length of our vast Motherland, the «summer time», in various regions of the Russian Federation, may be interpreted differently according to the temperature mode in relevant region; furthermore, the proposed change in working hours may result in additional financial burden on employers, as well as lead to the shortfall in revenues of budgets of all levels, and the economic evaluation of the proposed changes are not given by the authors.

So, gentlemen, we are going to work as before — minimum 40 hours per week, and expect that the employer will pay attention to the thermometer outside.